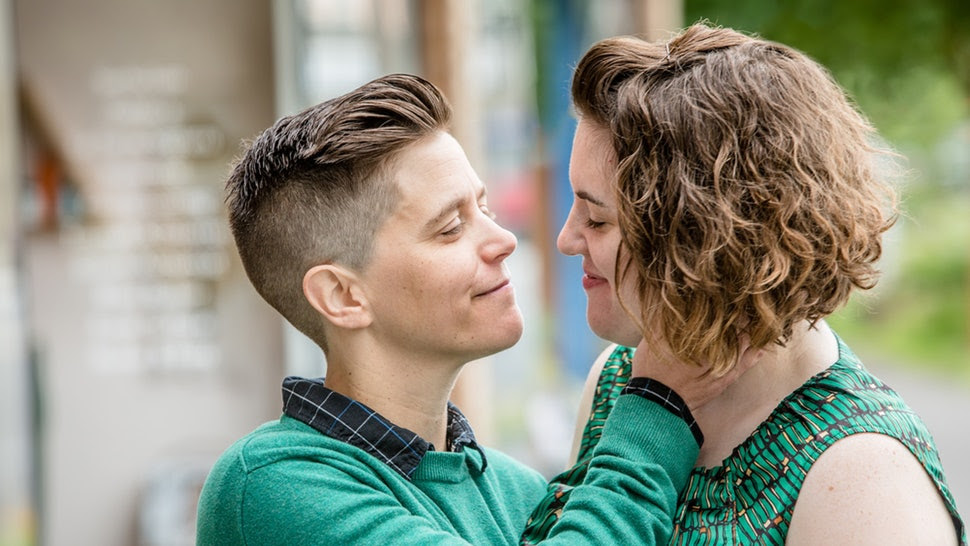 When it comes to relationships, being happy — and staying happy — is key. After all, every relationship has ups and downs, but most people strive for more of the former than the latter. To that point, eharmony just revealed its latest findings from their 2nd annual study on happiness in relationships, “2019 Happiness Index: Love and Relationships in America.” They found that 83 percent of Americans report being “happy” in their romantic relationships with a partner or spouse, up 64 percent from last year’s study.

Conversely, one in nine people in a relationship reported being extremely or fairly unhappy. The study was conducted among 2,327 participants aged 21+ — both heterosexual and LGBT — who were married, cohabiting, or in a long-term relationship, and it was commissioned by eharmony and conducted by Harris Interactive.

“What surprised us about the mental health data was how open Gen Z was about speaking about it,” Jeannie Assimos, chief of advice at eharmony, tells Bustle. “The stigma around this generation is that they are more superficial and care more about looks, but the data shows that they are the most progressive regarding their mental health and the most communicative with their partners, which in turn, leads to happier relationships.”

Below are more specific findings on the correlation between talking about mental health with your partner and happiness, according to the recent study.

1. Mental Health Issues Affect Almost Half Of All Couples

The study found that more than four in 10 couples — 44 percent — are affected by mental health issues, such as ADHD, anxiety, and depression.

Anxiety was the most common mental health issue respondents reported, 31 percent, followed by depression, 21 percent. Insomnia and being clinically diagnosed with a mental health issue (i.e., bipolar, depression, OCD, etc.) tied for third place, with 14 percent of respondents in this category. In addition, women were more likely to experience anxiety than men — 39 percent versus 23 percent.

3. One Age Group Had The Highest Proportion Of Couples With Mental Health Problems

Gen Z had the most couples with mental health problems — 56 percent.

4. Most Couples Were Open About Their Mental Health Issues

More couples were open about their mental health issues than not, as 80 percent were willing to talk about them with their partner, especially among millennials (91 percent) versus Gen Y (84 percent) and Gen X (81 percent).

5. More Couples Than Not Reported That Their Relationships Positively Impact Their Mental Health

More than 50 percent of couples said their relationship has had a positive impact on their mental health issues, and this was highest among Gen Z — 70 percent of them. Millennials were a close second, at 59 percent, and Gen X was third, at 51 percent.

6. There Was A Correlation Between *Not* Talking About Mental Health And Unhappiness

Those who said they were unhappy in their relationships also said they are not able to discuss their mental health issues with their partners.

As you can see, the “2019 Happiness Index” found that the more willing someone is to talk about their mental health issues with their partner, the happier they will be — and that’s a key component about being in a fulfilling, loving relationship.