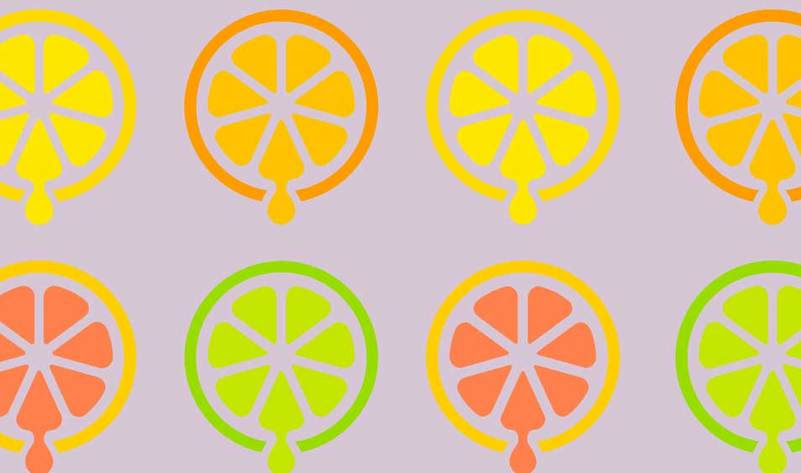 When we say Vitamin C is essential, we don’t mean the pop singer whose song, “Graduation (Friends Forever)” played on a constant loop in 2000. We’re talking about the dietary nutrient found in citrus fruits and other, perhaps surprising, common eats. Vitamin C is necessary for the body to build collagen in bones and cartilage; helps iron absorption and protein metabolism; and lessens bruising by ensuring capillary walls and blood vessels are firm. It also protects you from oxidative stress through its antioxidant properties, and may keep colds and infections at bay. One thing the two vitamin C’s do have in common, though, is smile––while the singer’s “Smile” is a catchy song, the other vitamin C aids in gum health and healing cuts, keeping your smile as fetching as the song. Here are 6 surprising ways to ensure you get your vitamin C.

Broccoli
Vitamin C doesn’t just come from tangy, bright fruit––broccoli is a high contender offering 51 mg per serving per half cup. For a hearty mouthful of vitamin C, double the broccoli in this Roasted Lemony Broccoli Rigatoni? Pair them with a mound of Sweet Potato Swirl Mashed Potatoes and you’ve got yourself a vitamin C fest, as potatoes are also a vitamin C source.

Brussels Sprouts
Hailing from Europe, Brussels sprouts are another member of the cabbage family. These greens may have a bad wrap (and are often dropped under the table for Fido), but when it comes to vitamin C, they’ve got nothing but good graces at 48 mg per serving per half a cup when cooked. Don’t let the naysayers dissuade you from eating your Brussels sprouts; Isa Chandra Moskowitz of Post Punk Kitchen declares them as “The Vegan French Fry,” so try out her Brussel Sprout Fried Rice.

Cauliflower
Though grown in many varieties and colors, cauliflower doesn’t come to mind when we think of vitamin C––but then again neither does chocolate cake! Chocolate Covered Katie’s changed that with her surprise ingredient chocolate cake. Cauliflower lends 26 mg per serving per half a cup of vitamin C to the recipe; though the uncooked cauliflower the recipe calls for eventually gets cooked––and may bring the vitamin C count down slightly, we like to remedy that by eating more of the chocolate cake. Hey, it’s all about getting enough vitamin C.

Grapefruit Juice
Grapefruits are named such because they grow in clusters similar to how grapes grow. Pink and red grapefruits get their bright colors from a carotenoid phytonutrient called lycopene. Though the rind can be quite bitter, grapefruits have a tart, juicy flesh that rivals their citric cousin, the orange. Three-fourths of a cup of grapefruit juice will get you 70 mg per serving of vitamin C, so grab your rolling pin and give these Red Grapefruit-Curd-Filled Doughnuts a spin––you heard right, vegan grapefruit-filled doughnuts! Who said doughnuts weren’t healthy?

Sweet Red Pepper
The most common sweet red pepper in our grocery stores is the red bell pepper. These warm-season crops are actually green bell peppers that are left to mature and change in color. Just half a cup of raw sweet red peppers gets you more than your RDA at 95 mg per serving. Their green counterparts, raw sweet green peppers, are also a good source of vitamin C, clocking in at 60 mg per serving per half a cup. Try this quick Raw Red Pepper and Tomato Soup––add green bell peppers for extra C!

Tomatoes and Spinach
Most tomatoes grow on vines, and spinach, with its high iron and antioxidant count, taste so fine. These two vegetables alone provide vitamin C––33 mg per serving per three-fourths cup for tomato juice and 9 mg per serving per half a cup of cooked spinach––so imagine their power when combined! That’s why we love this vitamin C power cocktail from Oh She Glows. It’s a vegan version of the beloved bloody Mary/Caesar cocktails served at bars. Spend Saturday night clinking glasses and filling up on vitamin C. We’ll drink two for good measure!

Who said vitamin C only came from oranges? Dig up that Vitamin C playlist we know you’ve got hidden on your Spotify playlist and try these six scrumptious recipes for a healthy dose of this important nutrient sure to keep you, your bones, and your gums happy!