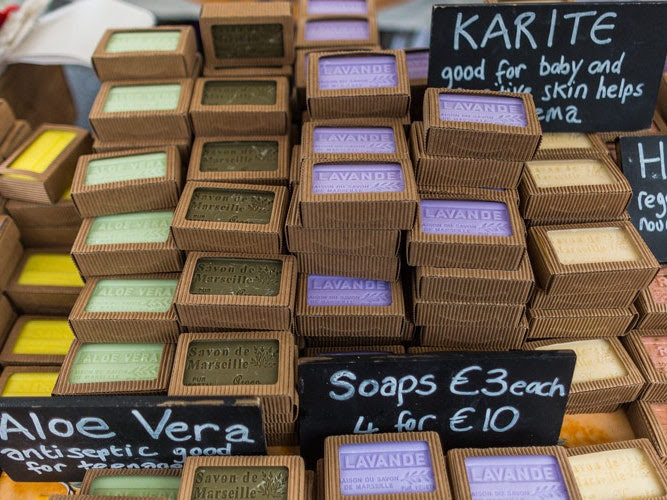 It seems like natural products would be safer for your skin than their chemical counterparts, but experts say that’s just not true.

You may think that using all natural skincare products lowers the odds you’d have a bad reaction to them. After all, things that are free of harsh chemicals should be easier on your skin. But, apparently, that’s just not the case.

According to a report published in the Wall Street Journal, researchers at the North American Contact Dermatitis Group, which tracks dermatologic allergic reactions in patients, have compiled a list of about 80 plant-based oils that can cause allergic reactions. Surprisingly, they include things like the seemingly-harmless tea tree oil, jasmine, peppermint, lavender oil, and ylang-ylang oil. And these oils often appear in all-natural products like lotions, soaps, deodorants, and shampoos.

The news comes at a time when more people are swapping chemical-based products for their natural counterparts. According to the market research company NPD Group, brands that market their products as “natural” now represent the largest group of high-end skincare sales (along with those that are affiliated with doctors). Millennials in particular are the most likely to look for products with natural or organic ingredients, NPD Group found.

Of course, plenty of people use natural products and never have a bad reaction, but experts say it’s a good idea to proceed with caution.

Gary Goldenberg, M.D., medical director of the Dermatology Faculty Practice at the Icahn School of Medicine at Mount Sinai, tells SELF that negative reactions to natural products are “very common.” “People automatically think that because something says it’s natural, it’s going to be healthier,” he says. “It’s not necessarily true.”

David E. Bank, M.D., director of the Center for Dermatology, Cosmetic, & Laser Surgery in Mount Kisco, New York, agrees. “If a product is natural, it does not mean that it is ‘allergy-free,’” he tells SELF. In fact, he notes, the more often people use natural products, the more likely they are to develop an allergy to them, since your immune system can decide to become allergic, even after you’ve used a product before with no issues.

“People are worried about chemicals but they often don’t know anything about basic chemistry,” New York City dermatologist, Doris Day, M.D., tells SELF, noting that she sees reactions from all natural products “all day long” in her practice. “Everything is a chemical, whether it’s man-made or natural, and that says nothing about its safety.” Day also points out that the term “natural” in skincare is meaningless, since you’re not actually rubbing the plant on your skin (which, she notes, can also be a problem).

Unfortunately, it’s not just an issue for people who have sensitive skin (although that can increase your risk of having a reaction)—Bank says it can happen to anyone.

Goldenberg says he’s seen the reactions most commonly in the form of armpit dermatitis, i.e. redness, blisters, or scales in the armpit area, due to a natural deodorant allergy, although he’s also seen bad skin reactions after people use natural oils, like tea tree oil, on their neck and face. “People will use it for wrinkles, as a moisturizer, or to treat acne and get a reaction, making it twice as bad,” he says.

Bank says fragrances are usually the biggest issue, adding that they “have the potential to act as an environmental trigger that sets off severe allergy symptoms.” However, he also urges his patients to stay away from anything containing mineral oil since it can clog pores.

If you notice that you develop a reaction after using a new product, stop using it immediately and see your dermatologist—especially if you end up developing a reaction around your eyes. “You can put something on your hands and not be allergic to it, but later scratch your eye and transfer it to your eyelid,” Goldenberg explains. “An allergic reaction on your face could be due to something you’ve put elsewhere—that’s why it’s important to see your dermatologist.”

If you suddenly develop a reaction and haven’t started any new products, experts say it’s a good idea to start eliminating products one at at time for a week at a time, starting with those that contain fragrances. If things still don’t clear up or your reaction is getting worse, see your doctor.

Experts say you don’t need to avoid natural products altogether, you just need to be smart about using them. If you’re planning to try out a new natural product, Goldenberg recommends doing a “patch test” on your inner forearm for a few days to a week and seeing if you get a reaction. “If you don’t see any redness, the changes are you won’t be allergic to it somewhere else,” he says.